It's Time For a Change: Hubert Humphrey 1968 Political TV Ad: What Has Richard Nixon Done For You? 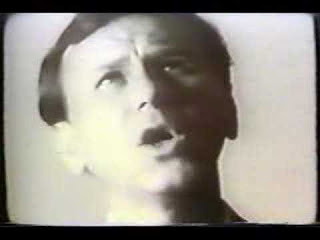 It's Time For a Change: Hubert Humphrey 1968 Political TV Ad: What Has Richard Nixon Done For You?

Hubert Humphrey running as the Washington insider in 1968. What Have You Done For me Lately? Which is a Janet Jackson song, but that could also be the title for this political commercial in 1968. Hubert Humphrey, was a U.S. Senator during the first half of the 1960s and is a big reason why the 1964 Civil Rights Act was passed. By 1968, Richard Nixon was out of political office completely for almost eight years. His last job in government was as Vice President of the United States under President Dwight Eisenhower. And he was an effective Vice President and had real responsibility under President Eisenhower as his counselor and adviser on all issues. And chief political enforcer if not strategist. But by 1968 America even though it was moving right was still in the Progressive Era.

Dick Nixon, was out of office for most of the 1960s. When a lot of popular progressive legislation was passed. Medicare, Medicaid, the Civil Rights Act and the 1965 Voting Rights Act, the 1968 Fair Housing Law. Humphrey, either in the Senate, or as Vice President, had a role in all of this legislation that was passed in Congress that was signed by President Lyndon Johnson. And unless you were Barry Goldwater, or another Conservative Republican with a safe seat like in the West in Congress, you needed to show voters that you at the very least wouldn't try to repeal all of this legislation. Nixon at the very least wasn't quick to support all of these bills even though he did.

So what the Humphrey Campaign was trying to do with this commercial, was to say that Humphrey and other Progressive Democrats were responsible for all of the popular legislation from the New Deal and Great Society. While Dick Nixon was either on the sidelines or trying to defeat it. I don't know how effective this commercial was, but at the very least Humphrey has a very good case here. What Have You Done For Me Lately? Nixon didn't have an answer to that. He was almost a Washington outsider at this point even though her served in Congress for six years and was Vice President for eight. But in the 1960s he made a lot of money in the private sector and campaign for other Republicans while he was out of office.

Posted by Derik Schneider at 2:34 AM 0 comments