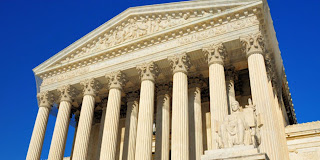 Jared Bernstein, progressive economist from Center on Budget and Policy Priorities, has a very good pice about the U.S. Supreme Court’s ruling on the Affordable Care Act today. He talks about Chief Justice John Roberts and why he ruled in favor of Burwell, in King V Burwell. U.S. Secretary Sylvia Burwell, U.S. Department of Health and Human Services. Burwell, being the Obama Administration in King V Burwell. Bernstein, argues that Chief Justice John Roberts and the other Justices who ruled in favor, 6-3 decision by the way, ruled in favor of the ACA and the subsidies, based on Congressional intent.

Chief Justice Roberts, ruled that when Congress passed the ACA in 2010, it was based on three parts.

Better rules and regulations for how private health insurance is given in America. Including protections for patients, so they don’t lose their health insurance simply, because they actually need to use it. Or have a pre-existing condition. Just a couple of examples.

The individual mandate. So everyone is in the system and is covered and paying for their costs of their health care. And not passing their costs onto others. And making health insurance more expensive for everyone involved.

And the last one and perhaps the most important, because it goes to expanding health insurance and health care in America. The tax credits for lower middle-income working class Americans. People who aren’t technically poor and who are working, but can’t afford private health insurance and make too much money to qualify for Medicaid.

The Chief Justice, arguing that Congress didn’t intend to leave the tax credits up to the states that have a health care exchange, or have the Feds handle it. He said that under the ACA, the Feds can give out tax credits to people who don’t live in state with a health insurance exchange. Chief Justice Roberts, wasn’t saying he supports the law, but was simply ruling on the intent of the law and how it was written. And the ACA, clearly tries to expand health insurance in America. Which is what the tax credits are about and why the Feds fund them.

Posted by Derik Schneider at 1:36 AM 0 comments