The Bullets never seemed to be able to get into sync either offensively or defensively against the Bucks in the whole 71 NBA Finals. The Bullets were either getting stopped and turning the ball over, or giving up big buckets to the Bucks. The Bucks big three especially of Kareem Abdul-Jabbar, Oscar Robertson and Bob Dandridge. And the only question about the Bucks would be, who was a bigger part of the big three. Kareem or Oscar, because you could make a good case they are the two best players who’ve ever played. As well as the best center and point guard of all-time.

The Bullets were really on defense all four games of this series. Because the Bucks were doing what they wanted to do really the whole time. They knew who get to the ball to and when on offense and who to stop on defense. Let Oscar run the show and hit Kareem deep in the post, where the Bullets had no one who could handle him. And when the Bullets spend too much attention either trying to defend Kareem or Oscar, because there wasn’t really much they could do against, the opened up things for Dandridge. 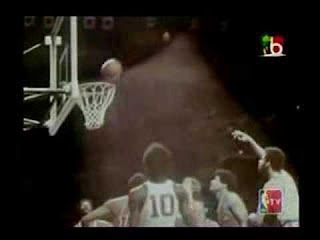 Posted by Derik Schneider at 1:23 AM 0 comments

I'm been wanting to write a blog for a while now on what is the progressive idea of freedom. Because their hero or the Ronald Reagan of the American progressive movement spoked about freedom and the need for it a lot and so did Harry Truman and Lyndon Johnson and even Teddy Roosevelt where a lot of the progressive policies were inspired. Henry Wallace who ran for President fror the Progressive Party back in 1948 would be another example of that. I mean I don't think you can credibly call yourself a Progressive and not believe in individual freedom at least to a certain point.

Because a lot of what progressivism is about is about progress. So if you believe government should be taking away a lot of our current freedom if not most of it, you are no longer a Progressive, but just a pure Statist. That government has to have most if not all of the power for the good of society. Its just that the progressive notion of freedom is a lot less individualistic than Conservatives, Libertarians and Liberals, thats all. And puts more faith in the state to serve the people well.

So what is the so-called modern progressive notion of freedom at least coming from a non-Progressive or someone who doesn't fit the popular definition of Progressive. In its most limited form it would be the freedom to not have to take responsibility for one's own well-being.

Education of your children, health care, health insurance, pension, childcare, unemployment ,would be generous if you need it. And you wouldn't even be expected to go back to work. Health care and health insurance would never be denied to you no matter what, it would never be free but it would always be there for you. You would always have a job no matter what because you would be entitled to one as well well as entitled to make a good living. So perhaps unemployment insurance would go away. Even if you do not bring any marketable skills to the table and whatever you make from your job, if its not enough. Government would give you the rest from tax payers to cover your bills. This probably all sounds like Fantasy Land to non-Progressives and what a Socialist Utopia would look like.

What I'm talking about her is no longer progressivism but a democratic form of socialism. Where there would be a generous welfare state to provide the people with the services that we all need, but run by government. Because Socialists do not trust the private sector to handle these things.

Like health care, health insurance and education, a safety net for people who fall through the cracks of the capitalist system. Thats financed through high taxes, which is where Socialists  need to get back to instead of talking about all of the new government services to replace services from the private sector. Pensions being the latest one if Socialists were to  ever have real power in America.
Posted by Derik Schneider at 12:22 AM 0 comments