One of my favorite scenes in this movie and because it was Lee Marvin with Angie Dickinson. And I’m a huge fan of this movie, which I’ve hoped I’ve already made clear by now. otherwise I’ve done a horrible job. But Angie Dickinson is a big reason why I love this movie and why I saw it in the first place. She’s not just a gorgeous sexy baby-face adorable women, one of the top Hollywood goddess’ of all-time, but she’s also a hell of an actress with a great sweet sexy voice. That would make reading from a dishwasher manual or a phonebook sound interesting simply because’s she’s reading from it.

And here in this scene Angie is one on one with Lee Marvin. And he brings her up to this place, really for her own security. Probably more likely, because he wants to keep an eye on her. But she thinks he has more honest and romantic intentions and that perhaps this house is their weekend getaway or something. But he makes it clear that is isn’t and she goes ballistic and goes off on him. Well she tries to anyway and slaps the hell out of him on his chest. But Walker being the stone-cold criminal that he is, isn’t phased in the least by it. And basically just looks at her like, “what the hell is she doing” or something. And this is simply a great scene. 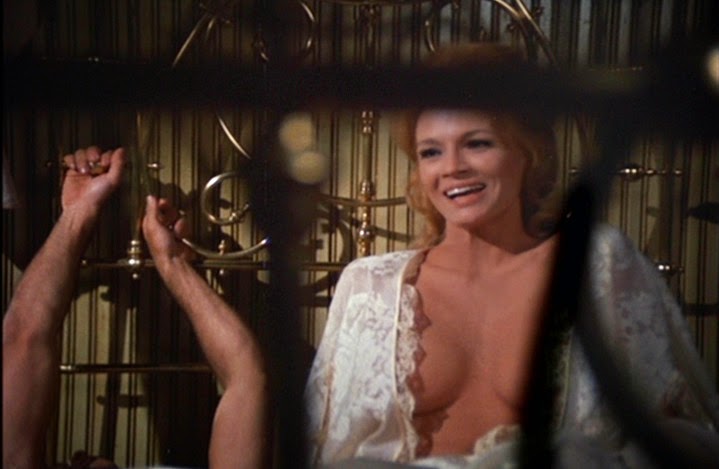 Posted by Derik Schneider at 1:23 AM 0 comments

TCM: Kelsey Grammer Tribute to Lauren Bacall- A Hollywood Goddess Who Left a Lifetime of Marks

TCM: Kelsey Grammer Tribute to Lauren Bacall- A Hollywood Goddess Who Left a Lifetime of Marks

There are Hollywood goddess’, gorgeous sexy women who are also very good entertainers who come around and then burn out and leave town. Marilyn Monroe and Jayne Mansfield unfortunately come to mind real fast.

And then are Hollywood actress’s who at least in my opinion are overrated, both as actress’s, but also how they physically present themselves and how they look. I won’t name anyone right now, but there are several young actress’s that come to mind who fit this category. And there are also actress’s who have these characteristics who stay around forever and I at least can’t wait till they retire, so I can’t stop hearing about how great they are, when I know they aren’t.

And then there are actress’s who have the same qualities as the first group of actress’s, but what makes them different? What they have in common is that they are Hollywood goddess’. They are gorgeous, they are sexy, they are incredibly cute, adorable really. But they aren’t good or very good entertainers and they don’t burn out and die young. They were built to last and did last, because they just don’t look great, but they are great. Their minds and brains matches their physical beauty and they were born to entertain and do it very well for a very long time.

The third group of women that I mentioned, Lauren Bacall could be the president of that class. She is a Hollywood goddess of all-time, because she was a Hollywood goddess for what sixty-five years. From when he was discovered in the mid-1940s or so and managed to stay around racking up one great role and movie one after the other for that entire time. I believe Liz Taylor is the best actress of all time, at least from what I’ve seen. But the difference between Lauren and Liz might be smaller than my pinky. And I wouldn’t pick anyone else ahead of Lauren.

Kelsey Grammer already nailed this in the video, but Lauren Bacall had this presence, that I believe is unmatched and even as she got older, she still had it. And every time I’ve seen her and those incredible facial expressions or the way she would say certain things with her beautiful New York accent, she’s always made me go, aw! Every time I’ve seen or heard her. This incredible, intelligent, funny, great gorgeous baby-face adorable goddess that has always put me in aw every time I’ve seen her in everything that she’s ever done. The Hollywood goddess of all-time and it’s just a damn shame she had to pass.

Posted by Derik Schneider at 1:08 AM 0 comments