HBO: The Newsroom Editorial- Rinos Are The Real Republicans: The Tea Party Are Fundamentalists 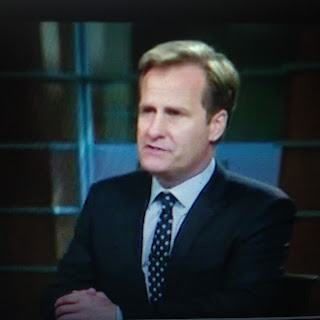 I'll be honest, I'm not a regular viewer of HBO's Newsroom, but I've seen a few scenes of it. And what I've gotten out of it, is the anchor of this Newscast, is an admitted Republican. A Conservative Republican even, but a Republican in how the Republican Party use to be. People that Neoconservatives meaning what the Tea Party has become, call these Republicans Rinos", Republicans in name only. People who they probably view as Moderate Democrats or in their minds (or lack of them) as even worse, than Moderate Democrats.

People like Richard, Lugar, John McCain, Olympia Snowe, Judd Gregg even, that haven't challenged Scott Brown in Massachusetts. And that could be viewed as, well "Massachusetts, is a purely leftist Democratic state, so its better to have a Republican in name only up there", again in their minds only. But what the anchor of the Newsroom is saying, these so-called Rinos, are the real Republican Party. The Party that produced Abraham Lincoln, Barry Goldwater, Gerry Ford, John Rhoades, Ron Reagan, Bob Dole, Howard Baker, Bob Michael and many other great Republican leaders. That this is how the GOP was strong and in power and didn't have an approval rating that was low as today's Congress.

And limited government includes social policy. For example a "real Republican" seems to me wouldn't try to arrest someone for watching an adult movie or playing a role in one. Or trying to ban adult language in movies and music or wouldn't care if two men or two women involved in same-sex romances and are involved with each other or living together, adopting kids or even marrying each other. That this is not the business of the Federal Government, but that government is there to protect innocent people from the harm of others, not protect people from themselves.

And that states rights is about allowing the states to govern themselves and dealing with the issues that are close to home, as they see fit, as long as they are within the U.S. Constitution. And that the Federal Government's role is supportive. Rather than directive, but that limited government also applies to national security. That America has to be strong at home and abroad, but we also have to mind our own business.

The Republican Party that I just laid out, a Conservative Party, people who I would describe as "Real Republicans", is a party that use to exist, just as short as 20-30 years. But that party has died off and that started when the Religious Right came in about the mid and late 1970s and into power in the 1990s. And then combined themselves with Neoconservatives in the late 90s. And last decade and that's how the GOP went from being a Conservative Party to a Far-Right Neoconservative Party. At least at the grassroots level.
Scientarist: HBO's The Newsroom- RINOS Are The Real Republicans

Posted by Derik Schneider at 12:58 AM 0 comments