TIME: Charlotte Alter- Here’s What All Successful Student Protests Have in Common 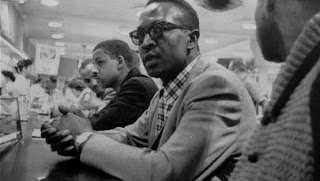 Source: This piece was originally posted at The Daily Review Plus

What separates the student protest movements of the 1960s from today, is that the 1960s protesters were protesting for freedom. Protesting for civil and equal rights for all Americans. Protesting in favor of free speech on campus and in general. Protesting against an unjust war that they hated and so they wouldn’t have to go fight in that war themselves. The so-called student protesters today are protesting in favor of political correctness over Freedom of Speech. They want a special new right for minorities. The Right Not to be Offended. No American currently has that right in the U.S. Constitution, but these New-Left protesters feel that minorities in America are entitled to it.

So you have the 1960s student protesters, the Baby Boomers the hippies, the real Liberals from this era who wanted the ability to be left alone, live their own lives and live in freedom, before the New-Left emerges in the late 1960s, that wanted to tear down the American establishment and our form of government and move to a socialist system. The 1960s hippies marching for individual freedom for all Americans and not have to fight wars they think are immoral. And you have the sons and daughters, perhaps even grandsons and granddaughters of the New-Left of the 1960s and 1970s, protesting today against free speech. And create a new right for minorities that doesn’t exist for anyone else.

The hippies, were successful, because America was politically changing in the 1960s and becoming that country that we really are today. Of people who believe in the right to be left alone and be free to live our own lives and even freely express ourselves. While the New-Left, represented a fringe in the 1960s that believed capitalism was immoral and even racist, that our form of government was even undemocratic and completely wanted to change the American way of life and impose their socialist and even Marxist values on the rest of the country. And today you have the New-Left still representing a fringe that sees free speech as dangerous and that minorities deserve the right not to be offended. The 1960s protesters were successful, because in many cases they had the country with them. The New-Left protesters today don’t have that.

Posted by Derik Schneider at 2:45 AM 0 comments