AlterNet: Lauren Kelly: Bill Maher- The Only Thing You Need to Know About Rep. Todd Akin & Anatomy is That He's an Asshole 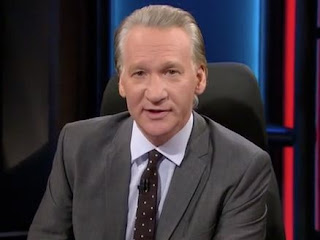 This piece was originally posted at FRS Daily Journal: AlterNet: Lauren Kelly: Bill Maher- The Only Thing You Need to Know About Rep. Todd Akin & Anatomy is That He's an Asshole

I think to understand Todd Akin you have to understand the Missouri U.S. Senate race between Senator Claire McCaskill and Representative Todd Akin. Representative Akin, probably represents a very rural, redneck even heavily Protestant district, where his positions on rape and abortion are not just mainstream, but perhaps considered expected. The problem that Representative Akin is that even if part of Missouri looks like South Carolina and the capital of the Bible Belt, Missouri is essentially a swing state. Where you can’t be very far-right and can’t be far-left at all and expect to win statewide there. Representative Akin, might be able to get away with saying that women shouldn’t be allowed by law to wear tight outfits in public and work out of the home. In his district, but not statewide.

The problems that radicals whether they’re on the Right, or on the Left, who serve in the House and perhaps are only there because they have gerrymandered districts that represents their own views, is that when they move out of their comfort zone which might just be next door, is they’re no longer home. They are now in world where people don’t want big government in people’s personal lives. Where there’s no such thing as a legitimate rape. You can’t run a statewide political campaign in a swing state by tailoring your message to your own overly partisan gerrymandered House district. To win statewide in a state like Missouri it helps not to be very radical at all in one direction, or the other. But if you are, then you need to moderate as you try to represent the whole state.

The Todd Akin’s of the Republican Party represent not just the Bible Belt in Congress and in America, but the Saudi wing of Congress and America as well. A population of the country that might like bashing Islāmic terrorism and claim to be against it. But endorse a country like Saudi Arabia’s policies when it comes to social policy and women’s issues. Where women on a good day might be second-class citizens in their own country, but generally are treated as property of their men. They can’t even decide how to dress themselves in public. Can’t drive a car, risk getting the death penalty if they cheat on their spouses, or boyfriends and I could go on. But I don’t want to be accused of sending anyone into a depression. That is the lifestyle and how the Christian-Right wants to see for American women in the land of the free. And that is where Todd Akin comes from.