The story of this Tigers-Orioles game, even though it is a very small part of the Orioles 1991 season with this being their last game at Baltimore Memorial Stadium, but this game pretty much summarized their season. You would think that the Orioles management would’ve put more into trying to make sure that they had a competitive team in 91, considering this was their last season at Memorial. And they tried to do that with the Glen Davis trade, but they were horrible in 91. Very little pitching, at least consistent pitching either starters or in the bullpen. And not a lot of offense in their lineup to go with Cal Ripken.


The Orioles lost this game I believe 8-1 to the Tigers, who had a pretty good lineup that year. But the real story of this game was that it was the end of a great era not just for Orioles baseball with all the success the Oriole had at Memorial, but the end of a great era for Major League Baseball as well. Just too bad that the Orioles, especially for their fans, that after winning their last MLB World Series in 1983, they five of their last eight seasons at Memorial, were losing seasons. Including losing 108 in 88 and two 95 lost seasons in 87 and 91. But the Orioles of the 60s, 70s and 80s were one of the best franchises in MLB and all of that home success came at Memorial. 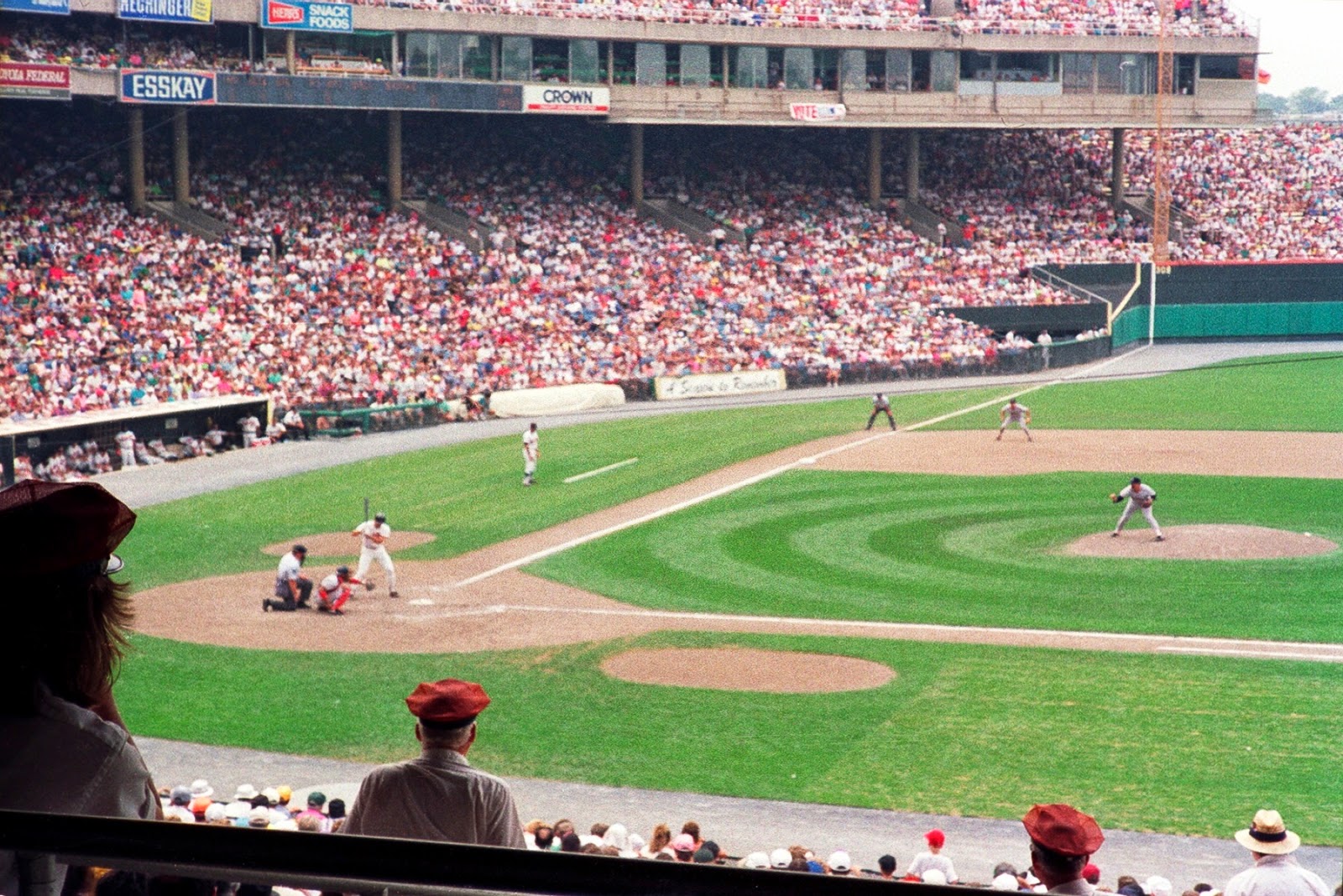 Posted by Derik Schneider at 2:56 AM 0 comments