The Film Archives: C-SPAN's Booknotes With Brian Lamb: Christopher Hitchens on Hatred, The Left and His Favorite Authors- From 1993 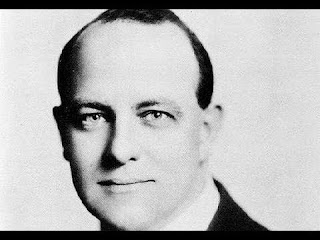 The Film Archives: C-SPAN's Booknotes With Brian Lamb: Christopher Hitchens on Hatred, The Left and His Favorite Authors- From 1993

I guess Chris Hitchens rouge's list would be similar to Richard Nixon's enemies list. Both men have come across a lot of people in life that simply don't like them and who they don't like at all. But when you're a self-described Socialist and you are perhaps even to the left of the British Labour Party, a Democratic Socialist party in Britain where Hitchens is from and you put yourself behind a lot of Far-Left fringe causes like supporting Fidel Castro in the 1960s and calling all sorts of people on the Right like Henry Kissinger and Dick Nixon war criminals, even though you don't apply that label to George W. Bush and Dick Cheney in the 2000s, you're going to make a lot of enemies.

Chris Hitchens, I guess was always a Democratic Socialist on economic policy and perhaps social issues, except for perhaps civil liberties where he became a Neoconservative hawk in the 2000s and that is where I'm getting to, because he was a strong defender of President George W. Bush's so-called War on Terror in the 2000s, including the Patriot Act and War in Iraq. You know you're petty unique when you're a Socialist on economic policy and a Neoconservative hawk on national security, foreign policy and civil liberties. Chris Hitchens, was more fun for me and fun to talk about and was funnier when he was a committed Socialist across the board.

Bill Clinton and what Hitchens thinks of President Clinton, is the only thing I'm getting out of this interview. Not that it isn't interesting, but as far as what I want to cover here. Hitchens, accused President Clinton of essentially destroying the welfare state in America. Even though we really never had one, but the signing of the 1996 Welfare to Work Law that required people on Welfare to finish their education and prepare to go to work and go to work. Hitchens uses that to accuse Clinton of essentially ending Welfare and the welfare state in America. And the 1994 Crime Bill is also something that Hitchens uses against Clinton to call him some type of hard-right Conservative.

Posted by Derik Schneider at 2:50 AM 0 comments