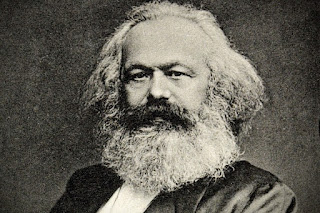 I’m really tired of this old debate between capitalism and socialism, as if they are two competing ideologies. That they are complete opposites of each other, when they’re not. The opposite of a capitalist, would be a Marxist, or a statist. Someone who is completely against private property and private rights, other than maybe when it comes to personal property and one’s homes and transportation. But that the central state is in control and owns and runs the rest of the economy. And there are very few countries left with economic systems like that. North Korea, a country that can’t even feed itself, is one of the very few countries left with a state-owned command and control economic system.

Socialism and capitalism, are not complete opposites of each other. You can be both. Senator Bernie Sanders, everybody’s favorite Democratic Socialist now, is a Socialist. But he’s also in favor of capitalism and believes in property rights. But what makes him different from, gee I don’t know a Conservative, or a Liberal even, is how much of a role he would give the Federal Government. Senator Sanders, would still leave most of the American economy in private hands. But have government take over what Socialists like to call the basic necessities of life. Education, health care, health insurance, childcare, retirement and perhaps a few others. With the private sector still producing all the transportation, technology, housing, food, agriculture, entertainment, to use as examples.

Chris Hedges, is a Democratic Socialist, but he’s also a capitalist. He’s an editor at the private democratic socialist publication TruthDig. He doesn’t work for the government, or work for some state-owned enterprise and I don’t think he ever has. He’s worked in private sector journalism in one form or the other his whole career. And is also an author and has made a very good living and built a very good career for himself in the American private enterprise capitalist system. Same thing with private filmmaker Michael Moore, who also likes to put down American capitalism. But Moore has used the same system that he says he doesn’t like to become a millionaire from the films he’s made.

Posted by Derik Schneider at 1:06 AM 0 comments