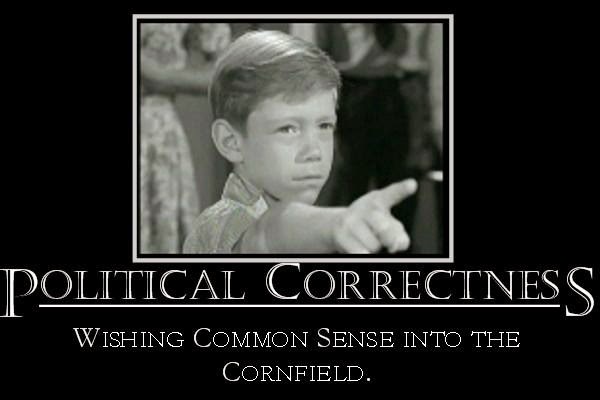 If you are familiar with my pieces about Bill Maher and how the Far-Left attacked him over his comments on Islam back in September and October, you know I view political correctness as not just illiberal, or how I prefer to put it anti-liberal because that is what this is, you know I’m not a fan of political correctness. Because it is a form of fascism, leftist fascism sure, but the Right doesn’t have a monopoly on fascism in America or anywhere else in the world. There’s nothing liberal about trying to shut down the opposition because you disagree with them. Or they offend you, or offend people you care about.


Liberalism was built around the hard-core individual rights of Freedom of Speech and Assembly, Freedom of Movement and Freedom of Choice. Not built around a superstate that would block language that may attend to offend the superstate or offend some of the people. The Wall Street Journal late last week or earlier this week published an editorial questioning whether or not Jonathan Chait is a Liberal or not because of his stance against political correctness. I questioned his credentials as a Liberal two-years ago because of all of his big government social democratic leanings that he has expressed in The New Republic. But now seeing him question political correctness and whether it is a good thing now, gives me a new respect for him.

The way the Far-Left attacked Bill Maher who just the day before he criticized Islam on his show and saw him as one of their heroes or God’s even, (even though the Far-Left tends to be Atheist) supplies all the evidence that people who far to the Left aren’t very liberal at all. Except for perhaps when it comes to some civil liberties, even though they are pretty weak when it comes to free speech. And the way they are probably going to go after Jon Chait for the same reasons shows you that people who are that radical on the Left, aren’t very liberal at least when it comes to speech. But leftist fascists who have the goal of shutting down the political opposition.

Posted by Derik Schneider at 2:41 AM 0 comments