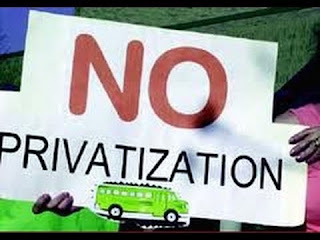 Where Thom Hartmann loses me, is when he says that making a lot of money is essentially a bad thing. That people with so much money and independence and not needing government to meet their basic financial needs, is a bad thing. And that we would be better off if we didn’t have people who were so financially independent. And you do that by taxing them so high and funding a welfare state to do that for them. And together as a country we would put all of our resources together into one pot with government deciding what we need to live well.

What I would do instead, is have an education and job training system, that empowers people to be as successful as possible. Which would be my alternative to this that allows for people to be successful as they possibly can. Even financially, but where they would still have to pay taxes based on what they consume from society. But not having them pay taxes so high just because they make a lot of money, which is different. I’ve said this before, but the problem with America is not that we have too many people who make a lot of money. But that we do not have enough. Which is why we have this income gap. And you close the income gap by encouraging more people to be successful in America.

If you want the democratic socialist superstate that Thom Hartmann and his allies advocate for as often as they can and go out of their way to say, “look at Sweden, they do things so much better than we do. We should be like them.” And have taxes so high on everyone to fund this superstate, someone still has to pay for that. You need an economy producing the tax revenue to fund the social welfare system that takes care of everyone. Instead of allowing for people to be able to take care of themselves and produce what they need for themselves. America is not Sweden. We’re not a country with a lot of land, but a very small population that is energy independent and is a net-exporter of energy. We’re huge country with a huge population. And because of that Americans need to be independent in order to live well. Which means you need an economic system that encourages economic freedom and independence.

Posted by Derik Schneider at 12:47 AM 0 comments