Salon: Opinion: Aaron R. Hanlon: "They're The Politically Correct: Ben Carson and Bill O'Reilly Are The Real Intolerant Speech Police": We Might Do it, But So Do They? 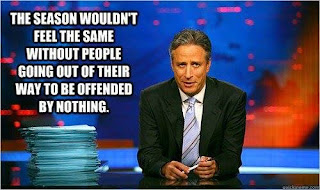 Salon: Opinion: Aaron R. Hanlon: "They're The Politically Correct: Ben Carson and Bill O'Reilly Are The Real Intolerant Speech Police": We Might Do it, But So Do They?

To point out about political correctness policies by Ben Carson who apparently wants to ban language on campus that he sees as Un-American, just points out the fact that political correctness fascism, (and that’s exactly what it is) is bipartisan. But no way does it defend the Far-Left from trying to ban criticism of Muslims and Islam in general. It just makes the sophomoric argument, “that we might do it. But so do they. We might be bad, but they suck worse.” Not exactly a crowd pleaser and inspirational argument that brings people to your side.

At best you might get people to decide on choosing the lesser of two evils. The problem with that is that you’re still choosing evil. Just a lesser evil, but still evil. “You want me to break your back, or do you want permanent brain damage?” Okay, you don’t like that. How about a choice between going blind, or going death? All right fine. How about I break your arm, or your leg, but I won’t break both?” Because those are the kinds of choices you have when picking between two evils. Fascism on the Right, or fascism on the Left. How about neither!

Political correctness fascism from either the Right or Left, still fascism. And try to say one is worst than the other, how about we not have that argument. Instead of arguing who was a worst dictator, Joe Stalin, or Adolph Hitler, how about we have an argument about who is the better president, Harry Truman, or Ronald Reagan. And just because one side does it when it comes to political correctness, doesn’t excuse the other side when they do it. It just means that we had anti-free speech radicals on both sides. Who’ll fight like hell for their right to free speech. As they try to crush the other side’s rights.

“Dad, I cheated on that test, but so did five other students.” That wouldn’t impress my father and imagine most fathers and probably most mothers as well. All that does it show you that cheating was a problem on that test. And when you point out examples of political correctness on the other side, it just points out that political correctness is a bipartisan problem. But it doesn’t excuse either side. Political correctness, is illiberal fascism, whether it comes from the Left or Right. Actually, all fascism is illiberal. Meaning not liberal. Which is why this blog constantly points out the importance of free speech. And all believers of free speech Right and Left, should always fight against fascism.

Posted by Derik Schneider at 2:56 AM 0 comments