I'm going to start off this post by asking a question, can you be Pro Life but Anti Healthcare, that might sound like a dumb question. But think about it, if you are Pro Life you support the protecting the lives of others, that all lives are special and deserved to be saved. This is one thing I respect about Dr. James Dobson, even though we disagree on both abortion and the Death Penalty. Dr. Dobson believes that even if you murdered someone, that the State doesn't have the right to take your life from you, he's also Pro Life on abortion. And think about what is healthcare for, for all you knuckleheads out there, that the answer is not obvious enough for. To protect our health, to save our lives and so fourth to help us be as healthy as we can be. So we can live as long as a healthy life as we can, we of course have some Individual Responsibility here and have to play our roles. But healthcare is there to help us with that, so naturally if you are Pro Life as a lot of Americans have claimed to be, you would be in favor of healthcare procedures that can save innocent Americans. Even in the case of abortion to save an innocent life instead of losing that life and the fetus.

But this unfortunately is not always the case, there are people who are so Anti Abortion, people who call people like myself "Pro Abortion". That they don't even believe Abortion should be legal, even to save the life and health of the mother. I guess they would prefer to see the mother die and then keep the baby alive for the father to raise by himself or whatever. I understand people who are Pro Life because they see abortion as the taking of an innocent life. And based on how they were raised and their real not made up Religious Beliefs, that killing innocent people is murder. And therefor is wrong, I get that but people who believe this. Tend to believe that there should be an exception for Abortion, to save the life of the mother. And in come cases, life and health and in other case, life, health and in the cases of rape and incest. These people aren't crazy and have a legitimate viewpoint, I just disagree with it.

But to be Pro Life and believe women shouldn't be allowed to get an abortion, just because they changed their mind or something. Or some other decision like that, is different from being Anti Healthcare, where you are so Anti Abortion that you've now become Anti Healthcare. That you wouldn't even allow Abortions to save the lives and health of the mother, is simply crazy and perhaps even cruel.
Posted by Derik Schneider at 8:38 PM 0 comments 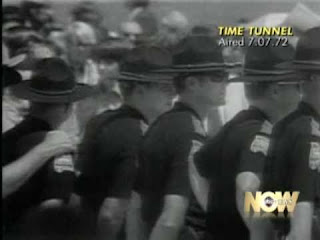 Here's a reason to watch ABC Now if you are a political junky. There was simply no way that the Democratic Party was going to win the 1972 presidential election. Even if you could get past the facts that President Richard Nixon was ending the Vietnam War, that his policies to talk to and work with Russia and China were paying off and that the American economy was still relatively healthy. But the state of the Democratic Party was the main issues for Democrats in 72. The emerging that I at least would call socialist New-Left that backed Senator George McGovern for president who went out his way to have this fringe political faction behind him. Combined with what was left of the Southern right-wing base in the party that backed Governor George Wallace. And the traditional New Deal/Great Society progressive coalition that was behind Senator Hubert Humphrey.

Democrats and Senator George McGovern were so desperate to get attention and support behind their campaign that they tried to make Watergate an issue in the summer and fall of 72. Even though most of the country hadn't even heard of the Watergate Hotel yet, let alone the burglary there. Landslides tend to happen at least at the presidential level when you have a fairly popular president which is what Richard Nixon was for most of 1972, with a large percentage of the country believing things are going well. Facing a divided opposition party like the Democratic Party in 72. That couldn't decide who their presidential nominee was going to be and which faction of the party would get it until they got to the convention itself. Opposition parties need to be united behind a leader in order to defeat the President of the United States. Which is not what the Democrats were in 72.

Posted by Derik Schneider at 2:14 AM 0 comments 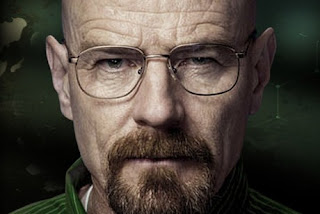 Thats one thing that’s great about Breaking Bad, is you never know where its going. This is a show that I at least perfectly believes represents the time that it was part of perhaps as well if not better than any other show ever created. Comes on the air in 2008 at the start of the Great Recession. Bryan Cranston, plays Walter White, a middle-age high school science teacher in New Mexico. Who has just been diagnosed with cancer and will need hundreds of thousands of dollars of treatment in order to survive it and beat it. The problem he has is that he’s a forty-thousand-dollar a year high school teacher. Who has health insurance from his school, but that is only going to go so far. 2008-09, pre-Affordable Care Act. You could only use so much health insurance in dollars at that point before you got cut off. His wife at the time is a homemaker and they have a teenage son.

This is where I believe this show gets real, so to speak. How many other Americans are going through similar circumstances, at least at this point. Come down with an illness that they simply can’t afford to take care of. Even though they have a middle class job that comes with real benefits. What Walter White (played by Bryan Cranston) has going for him is that he’s a science teacher. And is in touch with one of his former students who is now a small time drug dealer and criminal. And they decide to go into the illegal narcotics business by making meth. So Walter can survive financially, as well as physically. And they end up becoming pretty successful in New Mexico as meth dealers even though they have to deal with so many risks, dangers and stress of this business.

Breaking Bad is about as dramatic and real as a show gets, but its like watching a comedy every week. Or at least a dramatic comedy with very funny people and not just Bryan Cranston, but Dean Norris who plays Walter’s brother in-law and Skyler’s brother. As well as Bob Odenkirk and many others. And this show gives you a very entertaining and humorous look at the New Mexico meth business. And what people might do if they’re absolutely desperate and believe they have no way out. And have to take huge risks like being caught and being sent away to prison for decades. Or being killed by sellers and dealers who want to screw you, or see you as some threat. Where there’s no one you can trust, perhaps especially your family. Because you don’t want anyone to find out.

Posted by Derik Schneider at 1:29 AM 0 comments