As the people who created and written the last episode of MASH said, this just wasn’t a comedy. And as funny as the rest of its episodes. But MASH was never a pure comedy to begin with. It was a show about the Korean War and America’s involvement in it. And handled a lot of life and death serious issues, but did it with a lighter touch. And as character Captain Trapper McIntire put it played by Wayne Rogers who was joking around in surgery one day as he was operating on someone and his nurse said, “do you always have joke around while you’re performing surgery?” The Captain said, “yes, because it his what keeps me sane around all of this insanity and death that is this war”. That is what MASH was about. Humans trying to do their best under horrible traumatic conditions.

Humor, is a form of communication. And a way a lot of people, funny people, or people with good sense of humors at least, use to express how they’re feeling. And it can come out at anytime and be used appropriately and inappropriately. MASH, didn’t use humor to make the Korean War look any lighter and less serious than it was. But to show how horrible and crazy of a situation that a lot of America’s Army personal had to work under as part of their service in that war. I think I would go crazy if I had to work under those conditions with a complete straight face all the time. I think I would have a better shot at keeping my sanity in solitary confinement for ten straight years. Than to try to save lives while people are being killed around me and innocent people are being killed.

This last episode was about the last days of the Korean War. A peace agreement between America and the Communist North was being worked out. And the personal at this MASH unit were waiting for the word and being told that they can go home. And how people who’ve spent a year or two-years or perhaps the whole damn war together, how they would say goodbye to each other. And get ahold of each other when they’re back in the states. This episode wasn’t a pure comedy, but again MASH never was. But what it was, was a realistic look at how Army personal enlisted and draftees perform at an Army medical hospital during the middle of a war. Trying to save as many lives as they possibly can while so many people around them are being killed in battle. And they did a hell of a job. 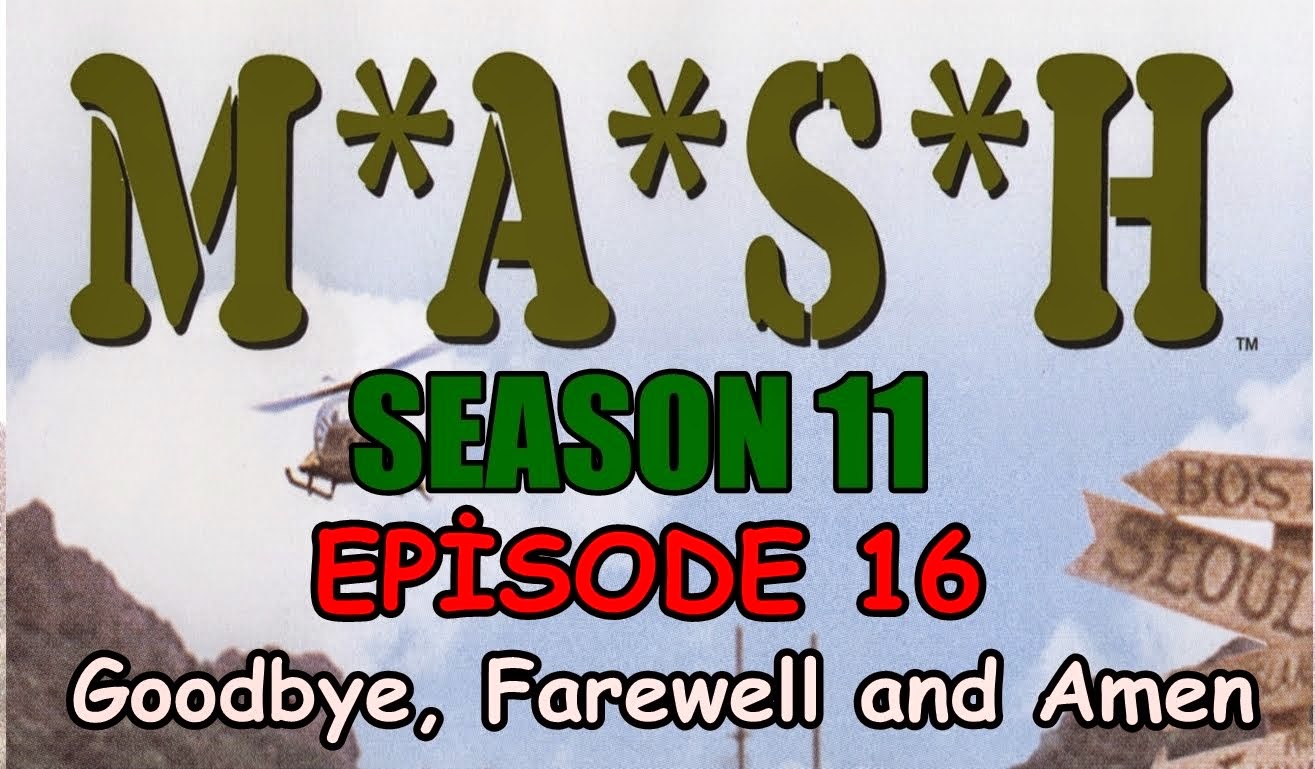 Posted by Derik Schneider at 12:05 AM 0 comments