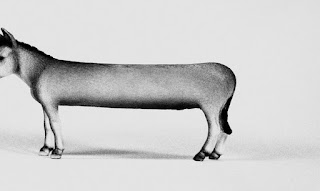 Peter Wehner, who normally writes for the neoconservative Commentary Magazine, who I read on a regular basis, including Wehner, because they do write interesting, provocative pieces and even intelligent and accurate pieces, is simply dead wrong here. Is Barack Obama to the left of Bill Clinton? Probably, but they essentially believe in the same things and govern fairly similarly as far as the policies that they push. Remember, the last minimum wage increase before Republican President George W. Bush, happened under President Bill Clinton. And President Clinton, is supposed to be this Centrist Democrat. Not Barack Obama.

Do they use different rhetoric and does President Obama talk more about income inequality and the need to do things so more Americans can climb up the economic ladder. Probably, but Bill Clinton as Governor in Clinton when he ran for president in 1992, talked about the same issues. Also, income inequality, was a bigger issue in 2009 and throughout the Obama Administration, than it was during the Clinton Administration. Who had eight years of economic and job growth. Never had a recession at any point in his presidency. The Clinton economy, was simply stronger than the Obama economy. President Obama, inherited the Great Recession, for crying out loud. So he had a much bigger hole to fill than anyone at least since Ronald Reagan in 1981.

The Democratic Party, perhaps has moved left, if you look at where the party is now on the War on Drugs, criminal justice reform, perhaps civil liberties in general, same-sex marriage and perhaps a few others. The Democratic Party, does have a Democratic Socialist wing in it. The Far-Left flank of the party, but the question has been have they’ve been growing, or are they just more vocal now. Thanks to the internet, social networking, blogging, smart phones and everything else. I would argue that they’ve always been in the Democratic Party and that their numbers are about what they’ve been since the 1970s. The McGovernite wing in the party has been there at least since 1968. But you could go back to when Henry Wallace ran for president in the 1940s.

The leadership of the Democratic Party in and out of Congress looks fairly similar to where the party was in the 1990s. House Minority Leader Nancy Pelosi, is from San Francisco. And yes they are further left than the country as a whole. But she also leads the Democratic Caucus in the House. That includes Bernie Sanders Democratic Socialists, but also New Democrat Liberals and FDR Progressives and whats left the Blue Dog Coalition in the House. And she is one of the most effective leaders not just in Congress, but in the country as a whole at representing her party and caucus and communicating with all of her factions.

I mean if you look at where the country is on economic opportunity, the War on Drugs, civil liberties, criminal justice reform, same-sex marriage, personal freedom issues in general, climate change and I could go on, the Democratic Party represents the country as a whole very well on these issues. It is not so much that the Democratic Party has moved left in the last twenty years, but that the country has. As we’ve become younger and more liberal and libertarian on these issues. Which is something that the Republican Party that has moved right since Ronald Reagan, has to figure and adjust to. If they want to remain competitive in the future.

Posted by Derik Schneider at 12:22 AM 0 comments