The Film Archive: C-PAN’s Book TV- Paul Krugman- How The Middle Class in The U.S. Was Created? From 2007 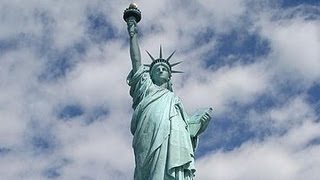 This piece was originally posted at FRS FreeStates on WordPress: The Film Archive: C-PAN’s Book TV- Paul Krugman- How The Middle Class in The U.S. Was Created? From 2007

On Paul Krugman’s first point about the distinction between liberalism and progressivism. The way I would put that is that Liberals such as myself and Progressives which is how I would define Paul Krugman’s politics, that what we have in common is that we have the same goals. And have a role for government to accomplish them. Progressives, obviously with a more progressive approach obviously, or they wouldn’t be Progressives.

And Liberals want a more limited government approach. FDR Progressives, versus Jack Kennedy or Bill Clinton Liberals. Progressives, believe that government especially at the federal level needs a lot of responsibility and resources. To have so the country can be as fair and equal as possible with all sorts of social programs. They are socialist in a capitalist sense with a strong belief in the safety net or welfare state.

The reasons why the American middle class has been falling are the same reasons how to bring it back up and it gets to education. Not enough Americans have access to a good education, or have a good enough education to do well in life. So they end up in dead-end jobs, or collecting a lot of public assistance, or a combination of both. As well labor unions falling and almost disappearing with more Neoconservatives and economic Libertarians, empowering management at the expense of everyone else and making it very difficult if not impossible for people to organize.

So as a result benefits for workers have fallen because they do not have unions to back them up. But that also gets to education, because if you have a real good education, chances are you are going to have a real good job, or working for yourself with a successful business, or organization. Or be able to negotiate good pay and benefits from your employer on your own with real power to negotiate. Because your employer doesn’t want to lose you.

To grow the middle class we need better education, a better educated workforce as well as economic growth. Good jobs being created with more people with good money to spend creating more good jobs. And that means more people with access to good schools as well as adults who need it can get job training. With workers who need and want it able to get strong union representation so management doesn’t have all of the power. And treats workers like a cost of doing business, but instead as good investments in their organizations. 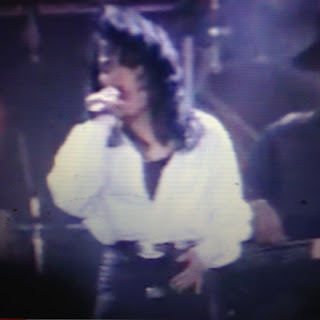 Source: This piece was originally posted at FRS Daily Journal Plus

I think the really great talented singers can sing more than just one style of music. Tina Turner would be a great example of that who is both a rhythm and blues and classic rock singer and also combines those two great sounds into blues rock. Eric Clapton and Dave Matthews does the same thing and I’m big fans of both. Janet with Black Cat becomes a rock star in the real sense. Not in the pop culture sense of someone considered awesome or cool. But someone who is a great singer rock singer. Who has great material and delivers it beautifully.

Posted by Derik Schneider at 1:58 AM 0 comments