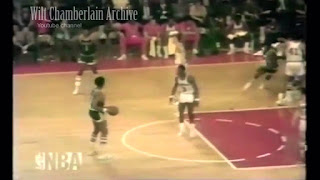 This post was originally posted at FRS Daily Journal Plus

With both Kareem and Oscar on the Bucks team, the greatest center of all-time and arguably the greatest player and all around point guard of all-time in Oscar Robertson, that was too much to deal with for even a very good Bullets team. Especially with injuries that they were dealing with, like with key forward Gus Johnson. The Bullets lost to a team that was better than them in the 1971 NBA Finals. The only time they made it to the NBA Finals in Baltimore. The Bucks weren’t a deeply talented team with a tone of great players in 71. But they had Kareem and Oscar and a very good supporting cast around them.

If anything the Bullets perhaps peaked too soon in 71. With the New York Knicks failing to get back to the Finals after winning the NBA Finals in 1970. The Boston Celtics were in somewhat of a transition in the early 1970s, transitioning from the Red Auerbach/Bill Russell era of the 1960s and transition back to being an NBA Finals contender in the mid-1970s, where they won the Finals in 1974 and 76. The Philadelphia 76ers were awful in the early 1970s. So that opened up the door for the Bullets in the Eastern Conference in 1971.

The Bullets-Knicks rivalry in the 1970s, was one of the best rivalries in the NBA and represents something that has almost disappeared in the NBA, which are rivalries. The 1970s and 80s, you had the Celtics-Lakers, Celtics-Knicks, Celtic-76ers, 76ers-Bullets, Bullets-Knicks and perhaps a few other great rivalries in the NBA that you don’t see that much anymore in this league with the great history that it has. Baltimore and New York are roughly two-hundred miles from each other and these were two of the better franchises in the NBA in the early 1970s.

The Bullets were one of the better franchises in the NBA in the 1970s period, both in Baltimore and then later in Washington, actually Landover, Maryland to start the 1974 season. They relocated to Landover thinking they could hold onto the Baltimore market and capture the Washington market, but that’s a different story. And for the Bullets to achieve a lot of the success they had in that decade, four conference championships and winning the NBA Finals in 1978, they had to beat the Knicks to do that. 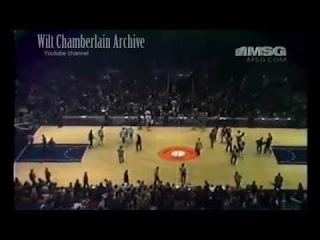 Posted by Derik Schneider at 12:56 AM 0 comments