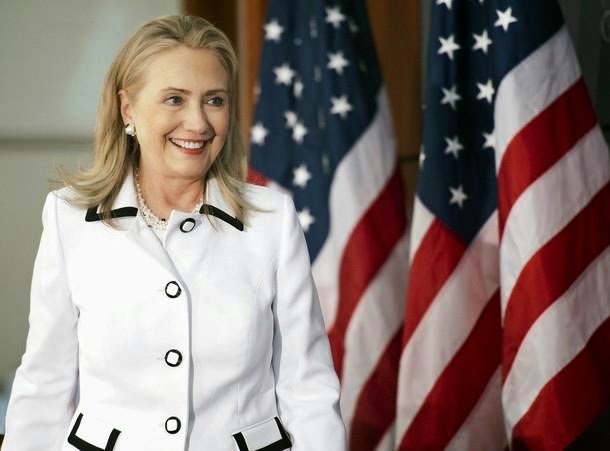 If I was advising for Hillary Clinton, which might be a scary thought for both her and me, because I don’t have a lot of respect for her as a politician, which is a different topic, but if she was interested in running a bold inspirational presidential campaign that could bring in more than just radical feminists who are purely only interested in seeing that the next President is a Democratic female and she asked me for advice in how to do that, I would tell her to go big.

Layout an agenda that is about empowerment especially for America who don’t have it regardless of race and ethnicity by empowering them to take control over their own lives so they can live in freedom with the rest of the country.

Push for universal quality education for everyone so you’re not trapped in a bad school simply because of where you live. Talk about public school choice and even charter schools, even if you have to take on teachers unions.

Talk about a real job training system where all Americans adults whether they are working or can finish their education so they can get a good job. Especially if they are low-skilled or are educated, but need additional skills to get another good job.

Talk about a trillion-dollars or more in new infrastructure investment over 5-10 years including a new National Infrastructure Bank that would acquire private sector funding and investors to finance these projects. And especially dedicate a lot of that funding for underserved areas. And talk about incentives for investors and employers to invest in underserved areas. So they can get the economic development that they need and not have to move to live a good life.

Hillary should go big and talk about an American Freedom For All Agenda. Well that is an opportunity for freedom for all Americans. The responsible people who need that opportunity will take advantage of that and live in freedom. Americans want to hear a presidential candidate who can speak to them and tell them how government can work for them to empower them so they can live in freedom. They are tired of divided politics and divide and conquer. They want a real leader that can inspire them. Hillary shouldn’t play it safe and run for middle or go for the Far-Left. But instead talk about freedom and opportunity for all and she could win in a landslide.

Posted by Derik Schneider at 2:22 AM 0 comments


Source: This piece was originally posted at The New Democrat Plus

If you are familiar with leftist publications like Salon, The Nation, The American Prospect, AlterNet, TruthOut and I’m sure I’ve left some other out and the Occupy Wall Street movement and what is left of it today, go back to the 1960s and you’ll see where the members of that movement come from today. Students For A Democratic Society, the counter-culture movement and the anti-war movement and even anti-capitalist and wealth movement of the 1960s are the parents and grandparents of the Occupy today.

They were called the New Left back and people with this really far-leftist mindset at least in America are still the New Left today. People who were not only against the Vietnam War which a lot of the country who was a lot more politically mainstream back then was also against. But they were against the liberal democratic establishment in general. Not the Democratic Party necessarily, but the liberal values that govern America then and today and what the country was founded on. Mostly as it related to our military, law enforcement and foreign policy, but also our economic and political systems.

The New Left coming of age in college in the 1960s decided they didn’t like America at least how the country was governed and founded. And put together a movement to not only get us out of the Vietnam War, which I would’ve been against back then as well as today. But they wanted to destroy our system and how our country is governed. And replace it with something a lot more social democratic, that is the democrats who were in this group. I mean if you look at Occupy today and then look at the New Left of the 1960s, they are the same people ideologically and culturally and believe in the same things.
David Hoffman: Hippies Remember The Glory Days

Posted by Derik Schneider at 1:28 AM 0 comments