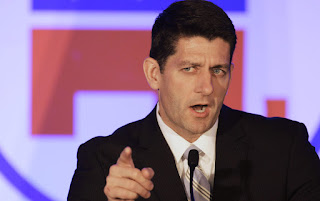 This piece was originally posted at The New Democrat

Am I missing something here, or has The Nation come back down to Planet Earth and finally just left Planet Utopia where there’s no such thing as war, poverty, bigotry, everything that most people see as bad? Because lately they’ve seemed to have grown up and moderated somewhat. While Salon and the others on the New-Left, are still fighting against the establishment, American capitalism, wealth, Caucasians and everything they seem to hate. Paul Ryan and The Nation, just made the conservative case for raising the minimum wage. You could argue that it is liberal and progressive as well. But here’s the conservative case.

And I know I’m going to here that government shouldn’t set wages and let the free market do that instead. What free market? Employers, big part of the private market, but without their customers and employees, they’re out of business. The people who make that the so-called free market argument, aren’t talking about a free market, for a couple of reasons. Because they believe in business subsidies and welfare coming from taxpayers. And they don’t want the other two-thirds of the so-called free market involved in how much they should compensate their employees. They want a business management market, where they’re in complete control. No regulators and where they get bailed out by taxpayers when they screw up.

Attach today’s minimum wage to people on Welfare, but still give them their other benefits and add education, job training and requiring people to take jobs that they’re qualified for even if they don’t pay a lot while they’re still getting their public benefits. Including the childcare and education, as well as livable minimum wage, more people will be working and fewer people not working. Include a credit for small employers so they don’t get burned by it. And people will see that working is a hell of a lot better than collecting public assistance checks with all the benefits that comes with it.

Posted by Derik Schneider at 2:12 AM 0 comments