The Globalist: Opinion: Bill Hunphrey: "The Problem With Billionaires": Why Tax and Spend Doesn't Work 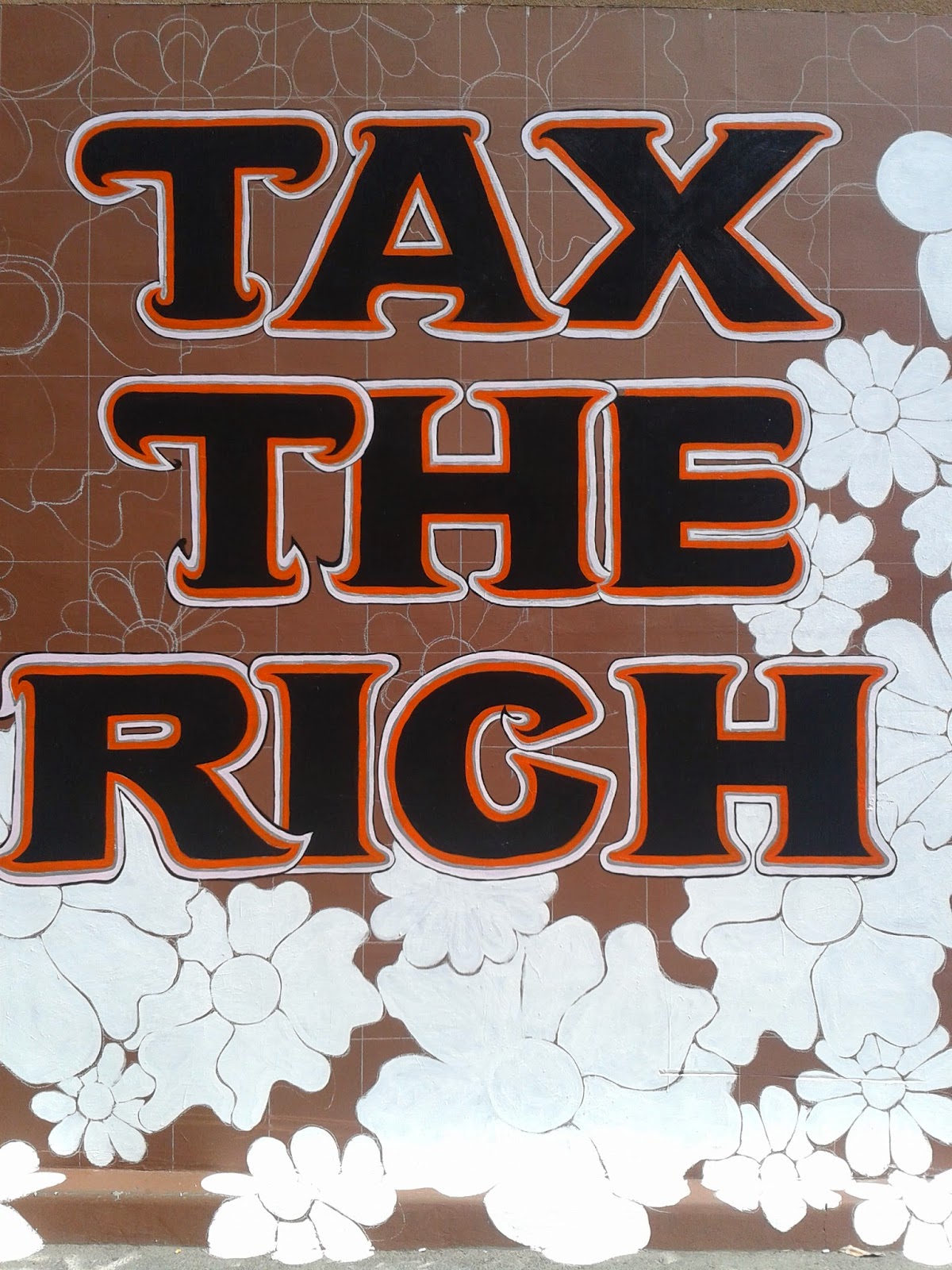 The Globalist: Opinion: Bill Humphrey: The Problem With Billionaires


This idea that what America needs to do is just tax the hell out of millionaires and billionaires and use that money to spend more on War on Poverty programs to help the poor, as if fifty-years later that has worked very well, because the ultra-right as Bill Humphrey likes to say, has so much money that they don’t know what to do with that money, but government can come in and spend that money better than the people, and if we just do that we can solve our economic problems, forgetting about the seventeen-trillion dollar national debt and six-hundred billion dollar budget deficit, simply doesn’t work.

But of course if you are a so-called Progressive of today, debt and deficits do not matter. But if that is the case, than why do we need to have such huge tax hikes to fix our economy. Why not just continue to borrow and spend to address our economic problems. I’ve already answered my own question, because debt and deficits do matter. Otherwise this proposal to raise taxes to pay for new government spending, because our beloved U.S. Government knows how to spend this money better than the people, I mean come on who are you trying to fool. Unless the real reason for this huge tax hike is because you just want government to have a lot more money to spend on behalf of the people.

I agree that if you include all the tax breaks, the wealthy in America are under taxed, especially compared with the middle class. But if that is the concern and not just raise new money for the government, you would be interested in tax reform that eliminates most of the tax breaks for the wealthy. And go to a Progressive Consumption Tax system or PCT Progressive Consumption Tax to replace the income tax. And everyone would be able to keep all the money they make except the money that they spend.

A PCT would benefit everyone including low-income people, because you could still keep the Earned Income Tax Credit and this system would be progressive. Lower taxes on basic necessities needed in life. Like food, health care, housing to use as examples. but higher taxes on luxury items. Luxury and sports cars, second homes, yachts, vacations to use as examples. We would tax people based on what they takeout of society including the wealthy. Instead of taxing people based on what they produce for society.

If the idea is to have a country with as many successful people as possible and with as few lets say low-income people as possible, knowing we’ll never have a country that is completely free of poverty, which is just an annoying fact, than you don’t tax people so high that is discourages them to be successful. And instead tax everyone based on what they take out of society. Especially the wealthy who spend a lot of money on things they do not need. And instead of just spending more money on social programs, design those programs so they empower people to be independent and live in freedom. So they do not need public assistance at all to pay their bills.

Posted by Derik Schneider at 1:48 AM 0 comments