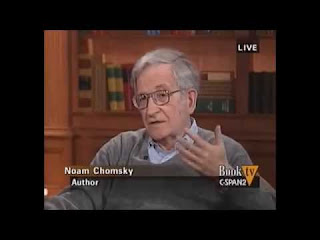 There’s what I call classical socialism, or Marxism even where the state own the means of production in society. Most of the country is against that even a lot of Socialists. And there’s was I call public ownership socialism, or democratic socialism, where there’s still a private sector, but where the workers are essentially stockholders in their company’s and are represented on the Board of Directors. So the workers get true benefits as far as what they produce for the company and society. This is a form of socialism that I respect, because it’s very democratic which as a Liberal I respect. As well as there’s still profit motives for the company’s, which is also democratic.

With democratic socialism under workers cooperatives, the workers get to make more of what they produced for the company’s. This is what Libertarian Socialist Professor Noam Chomksy believes in and is his form of socialism. And then there’s democratic socialism what the Bernie Sanders and Dennis Kucinich’s of the world believe in. Again private sector, but where the state steps in to provide public services that it believes shouldn’t have a profit motive. Health insurance, health care, pensions, education, etc. As well as some other areas where their would be private enterprise. Like public transportation, banking and other areas. And where the private sector is heavily taxed and regulated to fund the public sector.

The contributions that socialism has brought to America is not as a governing ideology. Because we’ve never had enough Socialists in Congress, or a socialist president. So they could really establish what they want to do and go further with their welfare state agenda and establish what they call a Fair Deal. Round three of democratic socialism in America after the New Deal and Great Society. But Socialists have contributed in other areas in our society. Especially in the economy, with our social insurance system, or safety net.

Socialists also believe in non-profit public broadcasting. Socialism has certainly made it’s contributions and marks on American society. Some of the things that Socialist candidate Eugene Debs, who I just saw a documentary about. back in the early 1900s was calling for has come true. But their whole agenda hasn’t come across yet, because they’ve never had enough power to make it happen. Or enough political support to get that power.

Posted by Derik Schneider at 1:03 AM 0 comments