This post was originally posted at FRS FreeStates on WordPress

Some people may think George W. Bush is the Democratic Party’s favorite punching bag. But the fact is President Bush has been out of office for over four years now, thank God! And he’s looking pretty good compared with today’s GOP. So he’s not as much fun to take shots at and make fun of, except when old videos appear about his presidency and some of the less intelligent things that he said. During that long and felt like indefinite presidency with one disaster after another, like going to war on bogus intelligence.

And President Bush trying to change the reasons that we went to war and certain weapons of mass distraction, I mean destruction weren’t found shortly after the invasion. Or Hurricane Katrina, the financial and economic meltdown of 2008. I could go on but there’s actually something else I would like to talk about. To come up with the most outrageous statements that Michelle Bachmann has ever made even in her little over six years of service in the U.S. House of Representatives. Is a tall order.

This is a little difficult for me because that’s like coming up with best plays that Larry Bird ever made playing basketball. Or the best passes that Joe Montana ever thrown, or the best home runs that Hank Aron ever hit and so-fourth. Also I don’t live in Representative Bachmann’s House district or state, thank God, otherwise I would’ve moved or been kicked out of there, whatever came first. And I’m not in Congress myself so what I hear about her is from the national media or from blogs. But I can limit it two or three as someone who follows politics closely and has big annoyance when it comes to political hypocrisy and contradiction.

When Representative Bachmann announced for President in the summer of 2011, as I and every other blogger and comedian were celebrating about all the new material that was going to come our way free of charge and at her expense coming from Michelle herself, she announced she was in favor of two constitutional amendments. One was to outlaw pornography and the other was to outlaw same-sex marriage both at the federal level. Keep in mind this coming from someone who calls herself a constitutional conservative.

Also keep in mind this coming from someone who knows as much about conservatism and the U.S. Constitution as a fish knows about Wall Street. During her fourth month presidential campaign she also came out against big government. Well that makes sense because that’s an issue she knows a lot of about with all of her positions in support of big government. Michelle has a habit of bashing things she’s in love with, well take big government to use as an example. And claiming to love and support things that she says she loves. Take well the U.S. Constitution to use as an example.

What if I were a Republican today, first of all I would ask myself why am I a Republican today and if I could answer that question and I was still a Republican, I would want George W. Bush back leading the GOP. And prey that he learned something from all of his dumb mistakes as President and didn’t repeat them. Because GWB looks like a God compared with today’s GOP and Michelle Bachmann represents the intelligence and information gap in the Republican Party. And why they can’t win elections they are supposed to win easily going in.

Posted by Derik Schneider at 2:15 AM 0 comments 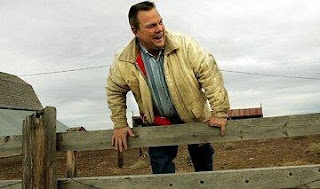 I use to think that the Democratic Party was made up of Liberals such as myself, Progressive-Socialists, or Social-Democrats, like Rachel Maddow to use as an example and people I would call Moderate-Liberals. The Hillary Clinton's of the party, who probably in their heart are pretty liberal. But are afraid that if so called Independents knew how liberal they were, that would cost them support. So they are kinda closet Liberals if that makes any sense. "Look, we are with you and just can't let the whole world know about it." Gay marriage should be a no-brainer for anyone on the left, or even center-right. Because it gets down to do you believe all Americans should be treated equally under law based on how they conduct themselves in society and so-fourth. Not what they do in their personal lives. We obviously don't treat criminals as equally as law-biding people, but should all Americans be treated equally under law based on how they carry themselves, or not.

Should straits be given special treatment under law just for being strait over gays, or not. Thats the bottom line and what the whole gay marriage debate is about. I still believe that the Democratic Party is a party of Liberals and Progressive-Socialists or Social Democrats. The question is where does the other faction of the party fit in, how should they be labeled. How do you label someone who by in large look like Democrats politically, but likes to play it safe on key social issues. I'm not playing mind-reader or anything, but if I had to guess Barack Obama, Bill and Hillary Clinton didn't have a problem with gay marriage four years ago. And perhaps even longer than that. These so-called evolutions on the issue is a political evolution rather than a philosophical evolution.

Personally, I bet gay marriage hasn't been a problem for these safe Democrats for a while. But officially they've been playing it safe. Until they knew they wouldn't get hurt by being in favor of gay marriage, or needed to be in favor of it. Like in the case of President Obama and Secretary Clinton in order to win further political support. Thats not being a leader, but playing it safe and playing follow the leader. Maybe the term for Democrats who don't like to take stands and standout and go out on a limb even when its the right thing to do, should be Safe-Democrats. Democrats who play it safe until they have to take a stand and thats when they show their true liberal democratic credentials. Which is why even though I love being a Democrat and love the Democratic Party, I'm not here to say that we have all the Saints and we are perfect. Because have our own flaws as well.

Posted by Derik Schneider at 12:36 AM 0 comments