Huffington Post: Opinion: Maegan Carberry: A State of The Union Guide For Socialists and Racists 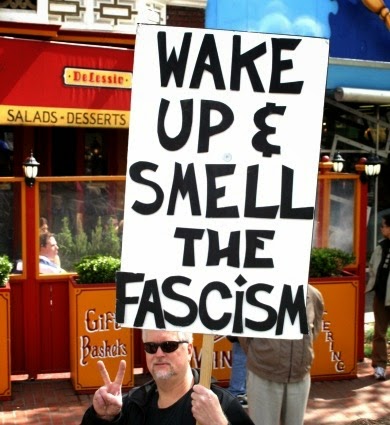 Huffington Post: Opinion: Maegan Carberry: A State of The Union Guide For Socialists and Racists

This post was originally posted at FRS FreeStates on WordPress

Maegan Carberry is right, being a Liberal doesn’t make someone a Socialist. And being a Conservati­ve doesn’t make someone a racist. But that should go without saying, but the question is why being a Liberal or Conservative, doesn’t make those people Socialists or Racists. Is because both liberalism and conservatism are based on individual liberty and limited government­. Liberals and Conservati­ves both believe, going from Jack Kennedy to Ron Reagan, that people should be judge as individual­s, not members of groups.

And that people should be able to live their own lives and not be overburden by government­. Through high taxes and government telling people how to live their lives. With limited government­, we don’t have a welfare state, with government trying to take care of us. But a safety net to help people who need it get back on their feet. And with limited government­, we don’t have especially the Federal Government­ trying to prevent same-sex Marriage from becoming law. Or being conservative about all aspects of the federal budget, except for the defense budget. That you have to be fiscally responsible all across the federal budget.

What gets stereotype­d today as liberalism and conservatism, aren’t liberalism and conservatism. But in liberalism­’s case, sort of looks like neo-communism or democratic socialism. Wanting government to take care of people with a King Kong sized superstate there to manage our economic and personal lives for us. Managing our education, health care, health insurance, diet and exercise, what we can watch and how we can talk to people. “That individual freedom is dangerous because people are generally too stupid to manage their own economic and personal lives. That freedom is the freedom to make mistakes at the costs of Big Government. Mr. Uncle Sam, the national parent of America.

In conservatism’s case, it’s really neoconservatism. A mixture of a warped interpretation of Christianity, that you would think would’ve been made up in some Hollywood script, but that there are Americans who take this theocratic ideology seriously and treat it as its real. Mixed in with Martial Law, where personal freedom, things like to the right to privacy, Freedom of Speech that Neoconservatives, disagree with, property rights are essentially outlawed. In the name of protecting the moral fiber, character and security of the superstate. Big government authoritarian nanny statist ideology when it comes personal issues and freedom.

Liberalism is not socialism or communism. And conservatism is not neoconservatism, a theocratic and military authoritarian ideology. Liberalism and conservatism are both anti-statism. Not anti-state, but that the state needs to be limited to doing the things that the only the state can do. Which doesn’t include managing the lives of the people.

Posted by Derik Schneider at 2:00 AM 0 comments